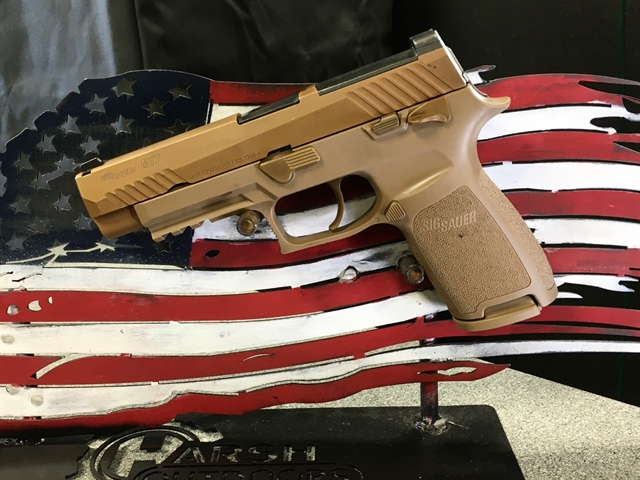 **Local Sale & Pick Up Only, No Shipping Offered

SIG SAUER is offering an extremely limited number of authentic M17s originally issued by the U.S. Army and fielded during the initial domestic and in-theater deployment of the Modular Handgun System. These unique, one-of-a-kind firearms feature the original coyote controls, the original government-issue markings and serial numbers, along with the U.S. Army specified front and rear sights. As these were fielded by the U.S. Army their condition will vary, making each one uniquely different, and making this truly an opportunity to own a piece of history.

*The M17 Surplus comes with our “Certified Pre-owned Pistols” warranty.