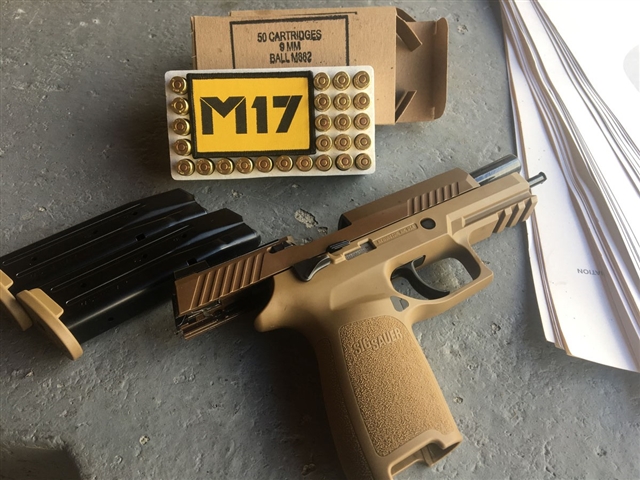 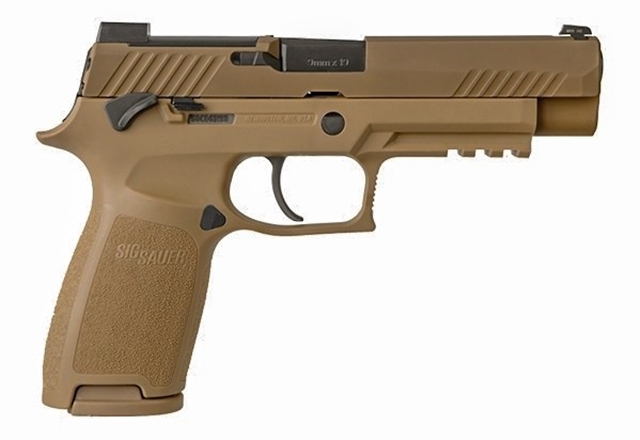 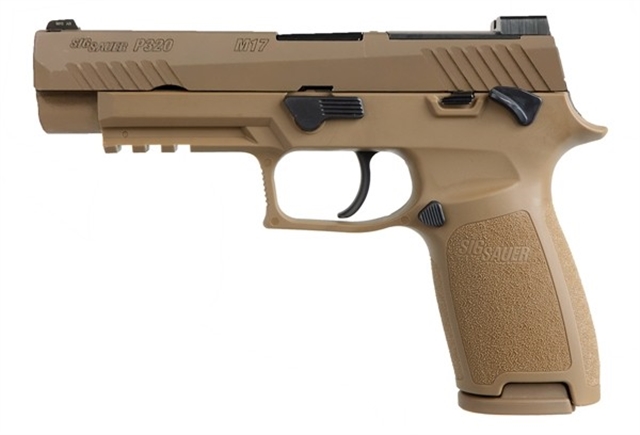 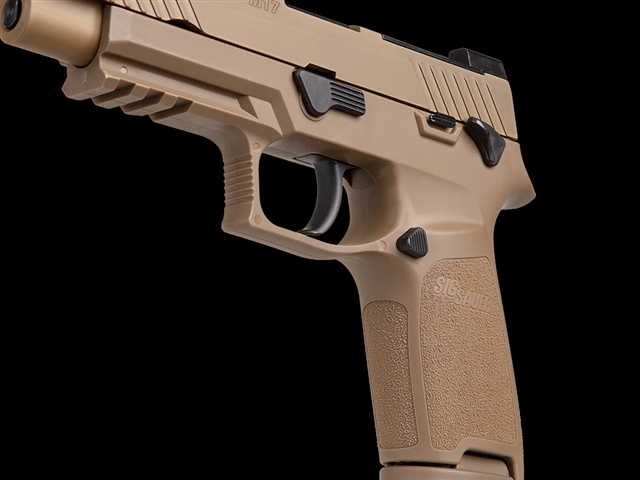 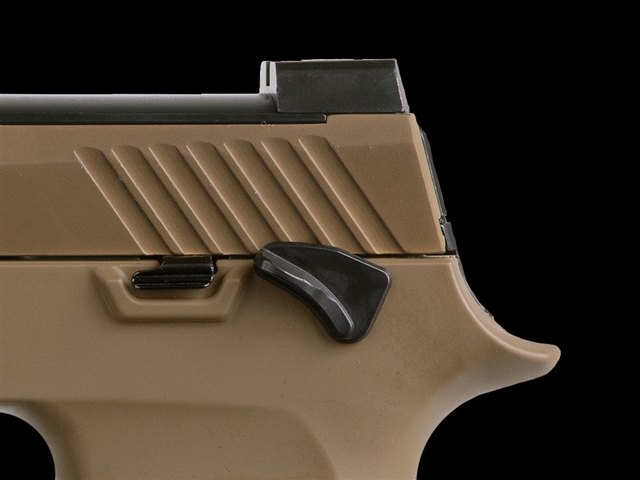 The P320-M17 is a 9mm, striker-fired pistol and comes with two 17-round magazines. The pistol features a coyote-tan PVD coated stainless steel slide with the same optic cut as specified by the MHS contract, and black controls just like the pistols currently being shipped to the U.S. Army; it comes equipped with a SIGLITE front night sight and removable Night Sight rear plate. The P320-M17 features a coyote-tan carry-length grip module, available in three sizes, and comes standard with a manual safety. Non-manual safety P320-M17 pistols will be shipped at a later date.

The optic cut on the P320-M17 guns are cut per the MHS contract, thus are not compatible with the ROMEO 1 optic from SIG SAUER.  New SIG Sauer Electro-Optics reflex sights which are compatible with all M17 pistol variations will be released in 2019.